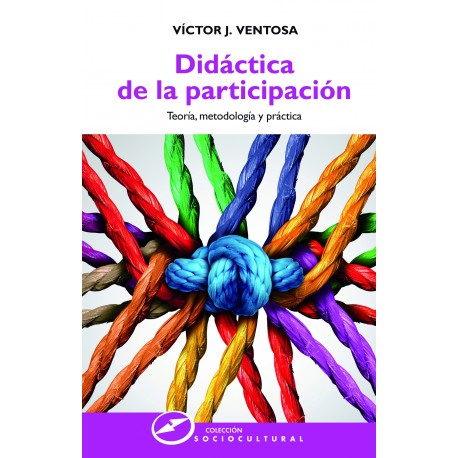 Participation is the foundation and requirement for the possibility of a truly democratic society. This book provides -for the first time ever- the basis to establish a process founded in the teaching and learning of participation. Socio-Cultural Animation (SCA) is introduced as the best way to carry out this ambitious project. The first chapter defines participation from a socio-pedagogical approach. The second chapter addresses a revision and updating of the SCA theory from different current paradigms. It aims to introduce this discipline as didactics of participation, rather than praxis or social methodology. The third chapter refers to the basis for the development of didactics of participation with the contribution of socio-pedagogy, biology, neuroscience, and positive psychology. The forth chapter describes the characteristics of participatory social leadership as a new modality different from the rest of the leadership methods. This new modality is able to address the characteristics expected from the new “participation educators”, this means, the sociocultural animators.
Finally, the fifth chapter ends the book opening it up to the future. It previews a possible new modality of socio-educative intervention: the Neuro-Animation. This possible future is to be built upon the principles of SCA and the current and upcoming contribution of neuroscience.

VÍCTOR J. VENTOSA PÉREZ is professor in many European and American universities. He is the Founder and the President of the Red Iberoamericana de Animación Sociocultural. His professional career is supported by his several publications and his involvement in numerous congresses: he has published over 35 books -translated into many languages-, and has attended over 300 national and international congresses as a speaker.